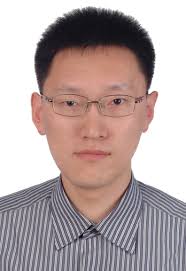 Center for Research on Intelligent Perception and Computing

University of Chinese Academy of Sciences

Ran He received his bachelor's degree (2001) and his master's degree (2004) from the School of Computer Science and Technology, Dalian University of Technology (DUT). After that, he was a Ph.D. candidate in the National Laboratory of Pattern Recognition, Institute of Automation, Chinese Academy of Sciences, where he received his Ph.D. degree in 2009. In 2009-2010, he joined the Department of Computer Science, Dalian University of Technology, as an Assistant Professor. After that, he returned to the Institute of Automation, Chinese Academy of Sciences. He is now a full Professor in the Center for Research on Intelligent Perception and Computing (CRIPAC) and the National Laboratory of Pattern Recognition (NLPR). He is leading a "2035 Innovation Team" of AI research in CASIA.

His research interests include Computer Vision, Pattern Recognition, and Machine Learning. Recently, he specifically focuses on probability deep learning models and human-like learning, and their applications on image synthesis and human analysis.